At a prime location along the Silk Road sits Uzbekistan's ancient city of Samarkand, which flourished for centuries as a center of learning and culture. After about seven hours to Tashkent via a connecting flight from Seoul and then four hours by car, in a town deep in central Asia, I met students enamored with Japan and majoring in Japanese language studies. Their unanimous message to our group from Nagoya University was that they wanted to learn Japanese from Japanese instructors. What is the background to this story? And what can we do for them?

Meidai has an office in the Uzbekistani capital of Tashkent, one of our several bases in Asia. Two years ago, senior officials from the two countries agreed on plans to create an innovation center at Tashkent State Technical University (TSTU), and Meidai is serving as a coordinator to make it happen. A major aim of our mission this time was to visit universities and other institutions to discuss research exchanges.

It was at the Samarkand State Institute of Foreign Languages that we met the students who major in Japanese. Japanese language courses are very popular there, and 220 of the nearly 2,000 students in the department are learning Japanese, including 80 who have chosen Japanese as their primary foreign language. Volunteer Japanese instructors started teaching there in 1998, and until recently the Japan International Cooperation Agency (JICA) was providing volunteers, but that all ended in March last year. Today Japanese language classes are only being taught by six local instructors.

Prof. Ilkhom Tuxtasinov, the rector of the Samarkand State Institute of Foreign Languages, spoke about the current status and future hopes for Japanese language education, including cooperation with Japanese universities, and mentioned that what they especially need now is native Japanese instructors. Then students made presentations about their activities, and finished up with the same message that they really wanted Japanese instructors.

Why is Japanese so popular? We asked the students. They had various responses, like I became interested in Japan after watching anime shows on the web, I am interested in Japanese literature, or I want to study economics or law at a Japanese university. Some students said they wanted a tourism-related career after graduating. Many high school students apparently go to tourist spots in Samarkand visited by Japanese to talk to them or volunteer to guide them on tours to practice speaking. 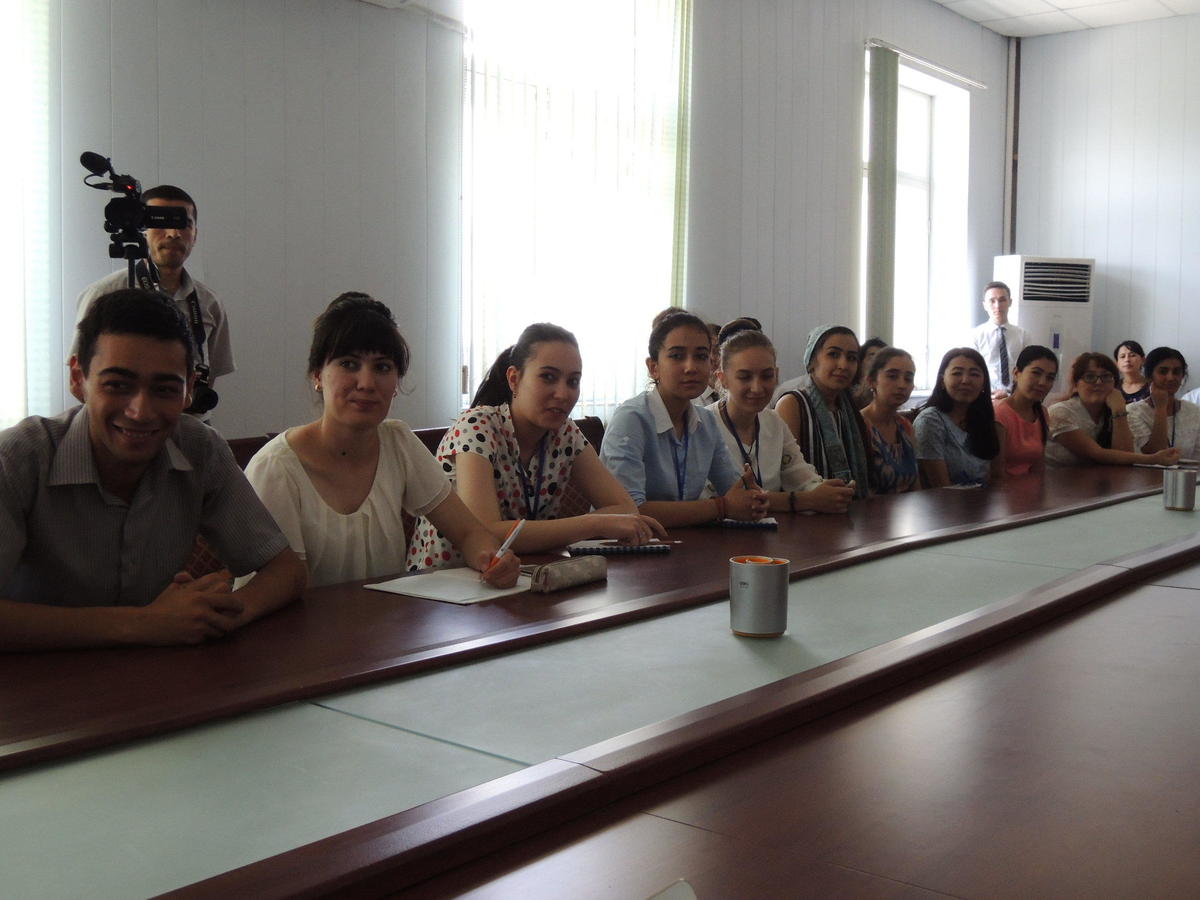 Uzbekistan has an underlying friendly attitude toward Japan. Japanese prisoners of war were sent there from Siberia for forced labor after World War II, but ended up being well-received as a hard-working and polite people. Even today, people are talking about the fact that the Navoi Opera and Ballet Theater in Tashkent, constructed with the participation of the Japanese detainees, did not collapse even in an earthquake.

Prof. Katsuya Ichihashi in Faculty of Law, Nagoya University, who stayed in the country as a JICA expert at the start of the 2000s, explains that the NHK television drama "Oshin" was being broadcast there at the time. The protagonist of the story, Oshin, is a persevering woman who turned her family's fortunes around in one generation. The show was very popular especially among women there because of Oshin's similarities with Uzbekistani women. They also felt a sense of affinity, with cultural similarities such as the respect and order between older and younger generations, and customs such as gathering together to drink tea. He thinks that this good old-fashioned image has combined with the fact of being a country of leading technologies, to give people a positive impression of Japan.

In terms of diplomacy with Japan, Kyoko Nakayama had many achievements while serving as ambassador to Uzbekistan over the course of three years, from 1999 to 2002. Originally a bureaucrat from the Ministry of Finance, she is today an elected member of Japan's House of Councilors. Her name comes up frequently even today for having accomplished so much using her network for diplomacy purposes in a variety of areas. The original reason Prof. Ichihashi went to the country was that the Uzbekistani minister of justice and the rector of the Tashkent State University of Law had told Ms. Nakayama they wanted to learn about the Japanese legal system, so she reached out to her contacts and made a request to Nagoya University for an expert. When her posting there came to an end, the process of handing the reigns to her successor went smoothly, so Nagoya University's first Center for Asian Legal Exchange (CALE) was opened in Uzbekistan. Ms. Nakayama had also been very active in other initiatives, including the restoration of Japanese cemeteries and having cherry trees planted here and there in the Tashkent's central park.

If not for Ms. Nakayama's contributions, perhaps we would not see the relationship we have today between Japan and Uzbekistan. Of course, she was acting in her role in the crucial post of ambassador, but this story reminds me how one person can really make a difference when acting with passion. 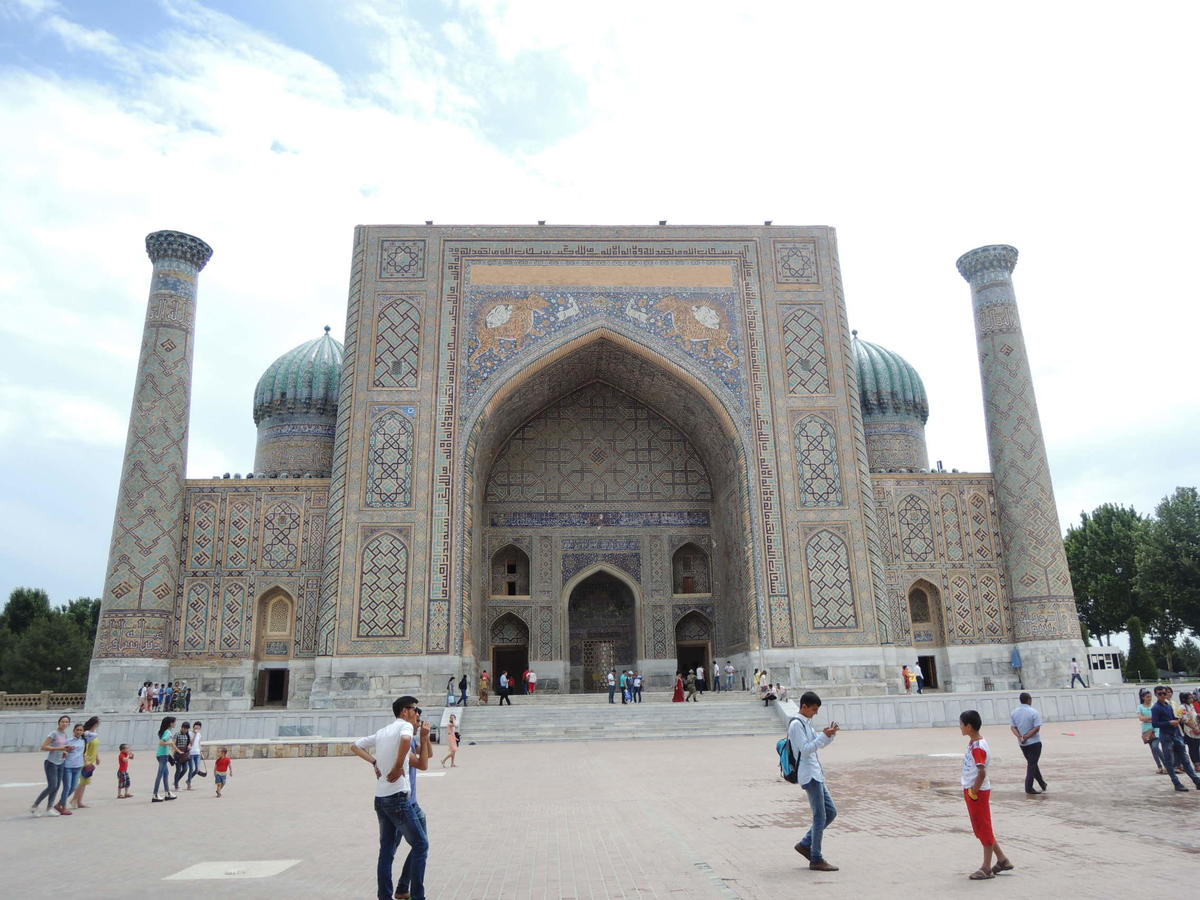 Let's get back to Samarkand. It was at precisely the same time that Japanese language teachers started being sent to the Samarkand State Institute of Foreign Languages. One of them responding to the keen students was Kasumi Amano, wife of Prof. Hiroshi Amano. But according to a report by Tomoko Terada, assistant professor responsible for Japanese language education at CALE in Uzbekisatan, Japanese language learning is losing momentum there today due to the loss of native Japanese teachers. Meanwhile, in recent years, China has become the most visible source of instructors, as the Confucius Institute opened Chinese language course with ten native instructors. The entire language institute has 16 foreign teachers, so China accounts for more than half, while Korea has provided two instructors from Sejong University. As for exchange students, about 20 come to China each year and 10 to Korea, but only three or four to Japan. A lack of funding may be a factor, but considering the students' passion for learning Japanese, this is somewhat of an unfortunate situation.

In response to the requests for native Japanese instructors, there are certain limits on what Nagoya University can do, but as an Asian hub university, we will look into the possibilities going forward.

Within the central Asian region, neighboring Kazakhstan has a strong interest in European things and in the soccer world is in the European regional grouping. In contrast, Uzbekistan has strong connections with Asia and has high expectations for Japan. Compared to Kazakhstan, a resource-based country, Uzbekistan has more of an industrial orientation. It also has a population of over 30 million people. Ms. Nakayama reportedly often said that we should pay more attention to a country like that.

So how will Japan offer support? And in that context, what role will universities play? It is exactly this kind of national strategy that is so important. 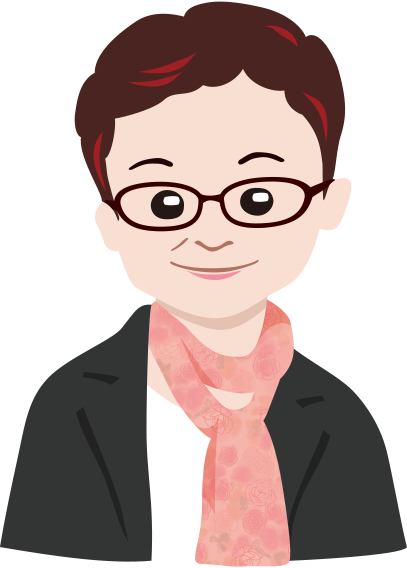